Dawn of the Dreamer – Dreamer Trilogy Book One

In 2023, MultiMind Corporation releases the Wristcuff, giving its wearers pleasant dreams and improved health. At least this is what the majority of Earth’s population believes.

For the Dreamers, this technology fails to work, and they’re shunned because of their inability to adapt and evolve like the rest of the human race.

Amelia is a Dreamer. When she meets someone who helps her see through the veil of MMC’s lies and secrets, her world is shaken and changed. Amelia has to decide whether to fight for the freedom to dream, or take the ‘next step in evolution’ with the rest of society, at the risk of losing her ability to think and dream for herself.

Buy Dawn of the Dreamer on Amazon HERE! 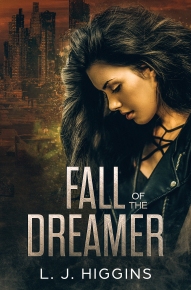 They thought they’d defeated the Corporation who’d controlled their dreams. They were wrong.

A new threat is brewing in the city. The deadly Cambiar Virus is spreading fast, and the only thing more frightening are the horrible nightmares warning Amelia her time is running out.

Amelia works fervently to piece the puzzle together knowing she must fight for those unaware of the danger they’re in. But with Cameron acting strange, and her relationship with Joe growing more complicated, her confidence in stopping the virus fades.

Just as Amelia forms a plan, she’s kidnapped, and awakens in a cell with someone she’d hoped to never see again.

Plagued with betrayal, lies, and secrets, can Amelia’s friends put aside their differences to save her? Or will they fail her when she needs them most?

Buy Fall of the Dreamer on Amazon HERE! 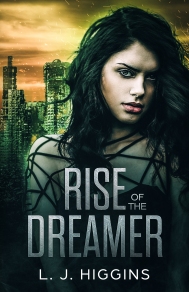 Every time Amelia thinks she has escaped the MultiMind Corporation, her life is turned on it’s head.
Will she ever escape their manipulation and control?
Or is she fighting a losing battle?

Amelia’s world is falling apart around her. The man she loves is gone, she’s surrounded by people she doesn’t trust, and her friends moved on with their lives while she was locked away in the MultiMind Corporation’s cells.

Unsure of who she is anymore, and desperate to find purpose in what has happened to her, Amelia is willing to do anything to end the MMC’s control once and for all.

Even if it means putting her own life on the line.

Buy Rise of the Dreamer on Amazon HERE!