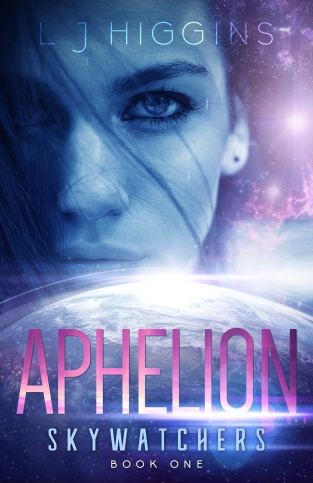 Today is Aphelion‘s release day and I couldn’t be more excited to bring you the first book in the Skywatchers series. Main character Ky was so much fun to write with her sassy, sarcastic attitude and I hope you love her and new recruit Reece as they hunt the aliens who invaded Earth two years before. 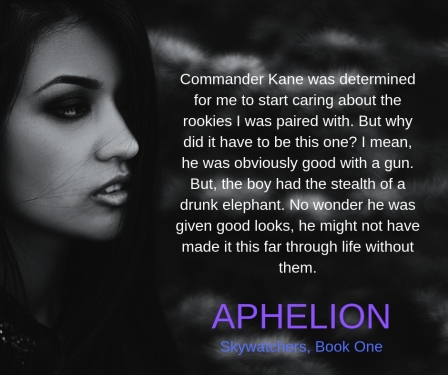 More about the book:

Ky is one of the youngest and most skilled alien hunters Skywatchers has ever recruited. Lethal and focused, nothing can distract her from riding the world of the vermin who murdered her brother.

When she’s assigned a new recruit, Reece, she assumes he’ll be just like the others. All she needs to do is tolerate his existence until he’s paired with another hunter. Just another job. But it’s a little hard when he’s as stealthy as a drunk elephant.
When he screws up their first assignment, the Skywatchers Commander insists they both be taken out of the field. He wants Ky to learn to work in a team. Maybe make a friend. That’s not so easy when everyone she’s ever cared about is dead.

Skywatchers is what held her together when her world fell apart. Could Reece be the reason her life unravels once again?

You can grab Aphelion on Amazon HERE!

This site uses Akismet to reduce spam. Learn how your comment data is processed.